Habituation is a psychological phenomenon involving a gradual reduction in the intensity or frequency of appearance of a response to the repeated or extended presentation of the stimulus that triggers it.

The allegory of the frog is often used to define this concept: if you plunge a frog into boiling water, it jumps out straight away. However, if you plunge it into cold water, which is then gradually brought to the boil, it is less vigilant, and so becomes numb and then boils and dies.

In a suburban home, in an adjoining kitchen and living room, lives the Sennes family, folded in on itself. Alain, the father, cuts and packs smoked salmon in his own home, for a Norwegian company. The mother, Claudia, is a secretary for an insurance company, clinging to the clearly defined framework of a reality made up of contracts and risk assessment. Yvonne, the aunt, is a bus driver and spends her time going round and round town. Stagnating in this lethal inertia, young Anni carries round her goldfish bowl, and tries to make sure she doesn’t move it too violently while her family encourages her to feed a dream: one day they’ll go to Norway to visit Dad’s company! On her seventh birthday, Anni decides to take matters into her own hands, determined not to give anyone any choices. Thanks to a radio auction, she disposes of her family’s very existence. Everything changes.

In a long, gradual movement, nature invades the house. Creepers climb along the walls, ferns take over the furniture, grass covers the living room floor. Soon, water starts coming into the kitchen. Nature takes over, and the family fights to survive, against a movement initiated by the child. The aesthetics move towards the imaginary. Words give way to signals. A mutation is underway: humans are becoming fish, an important recurrent motif of the story. The circular movement, the line shared by the trajectories of the different characters, is broken. In this new world, nothing goes round in circles.

“Exploring these moments when time dilates, speeds up, distorts, just before death, the director creates a stiflingly bleak performance that cries out for you to open the doors and windows, to take a risk and get out of the everyday grind. Magnificently supported by excellent actors, Anne-Cécile Vandalem makes the house a real partner, using all the resources of technology and machinery to stop her own theatre from going round in circles. An astonishing work of visuals, sound and technique, for an unclassifiable play that shakes you up, like the final wind that carries everything away in its wake.” 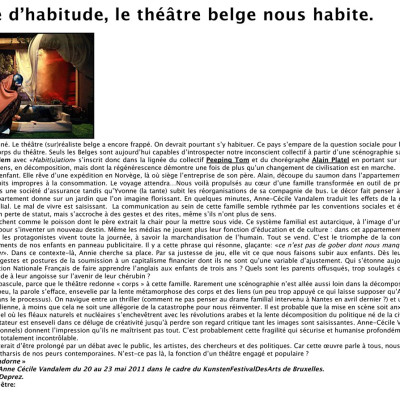 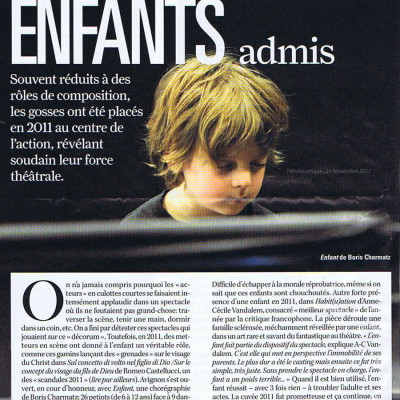 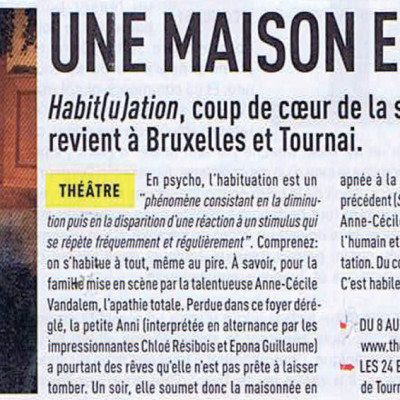 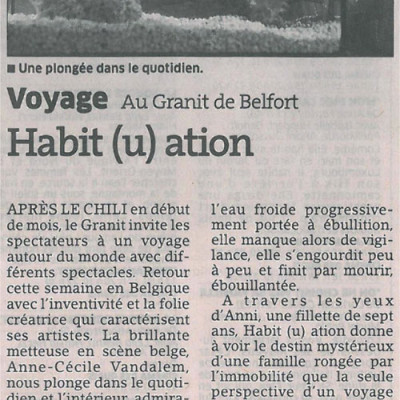 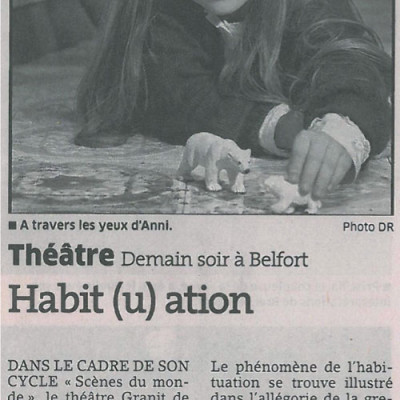 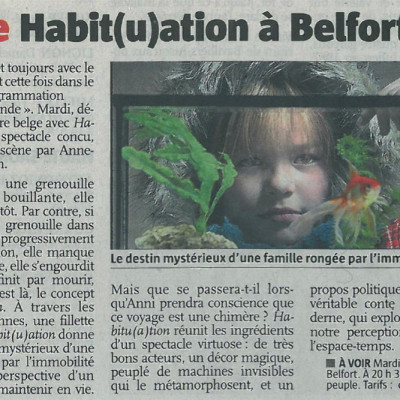 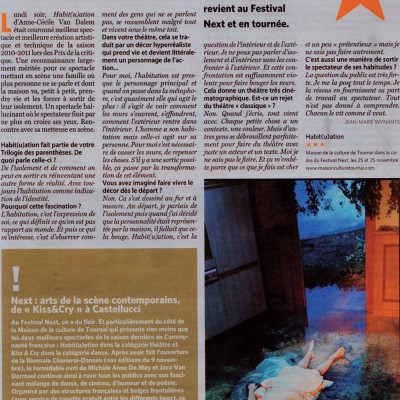 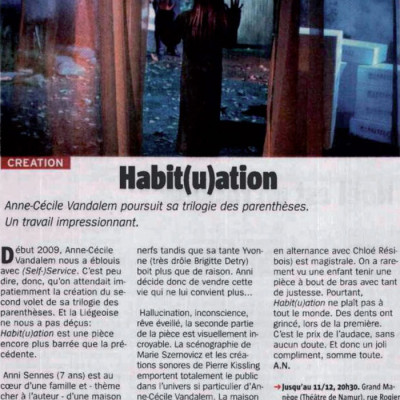 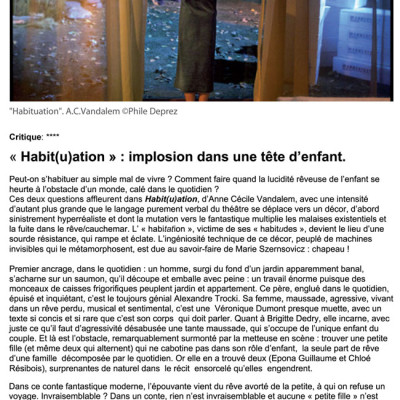 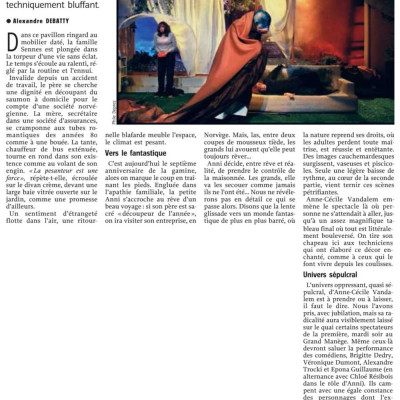 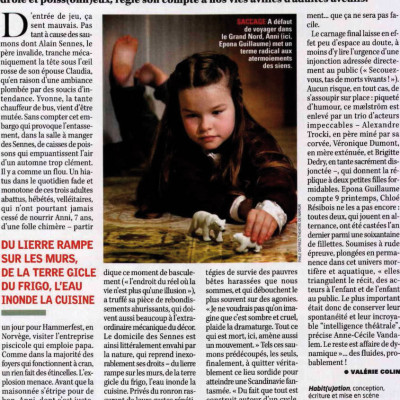 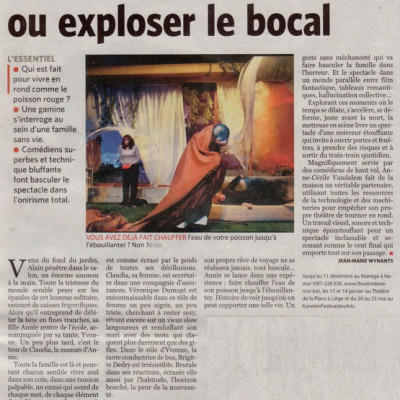 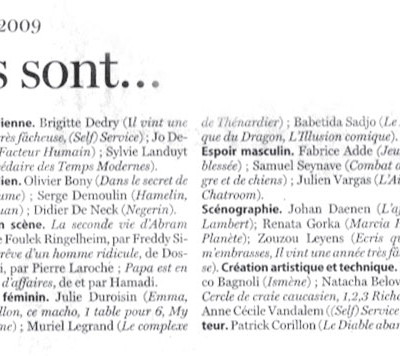 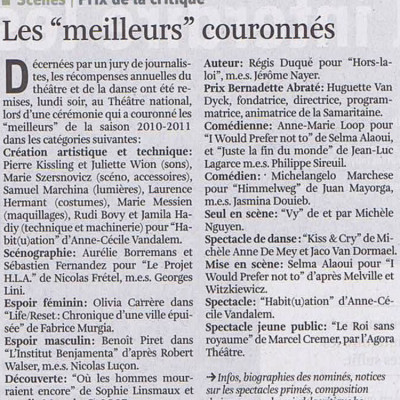 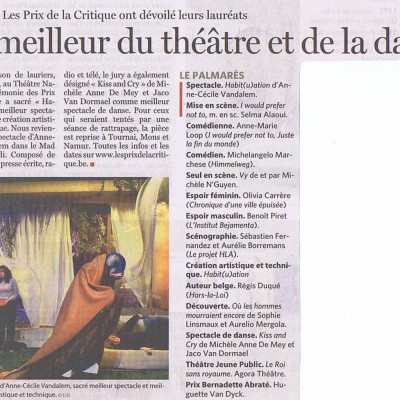 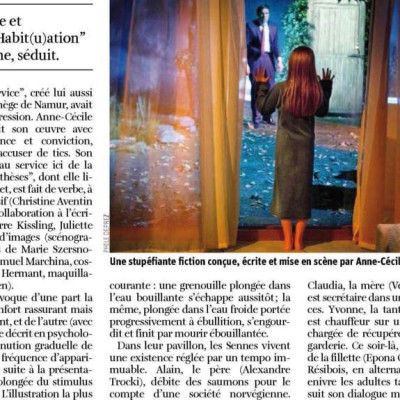 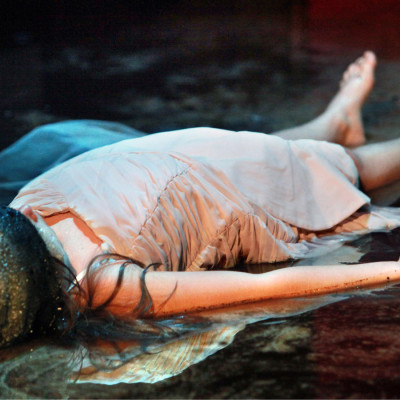 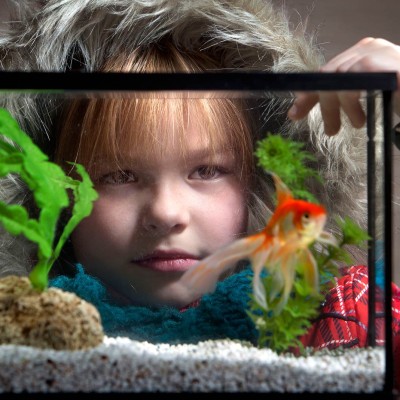 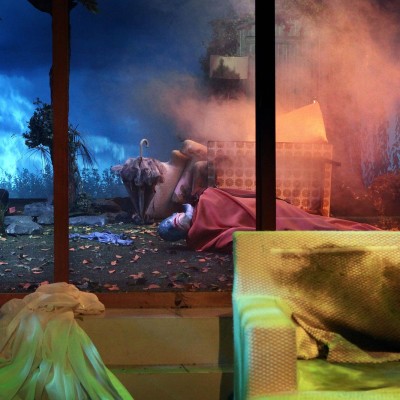 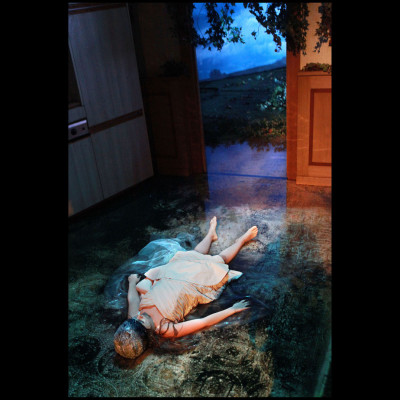 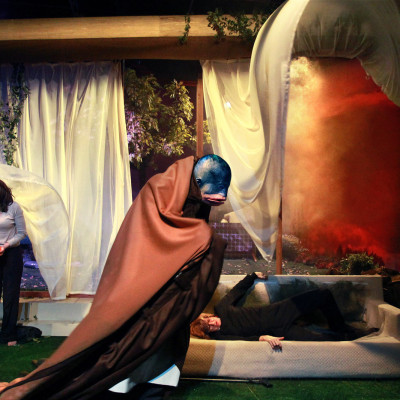 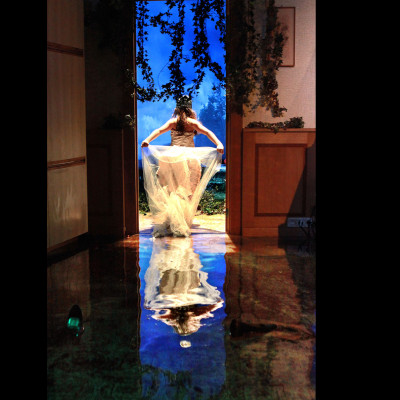 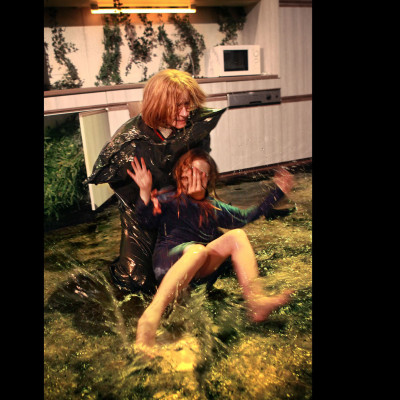 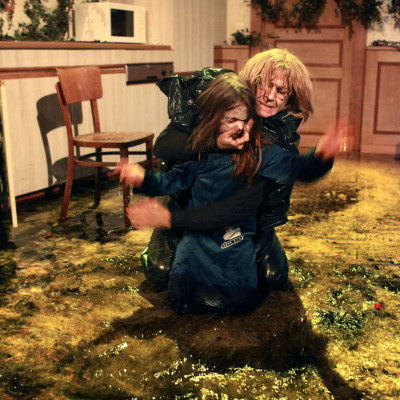 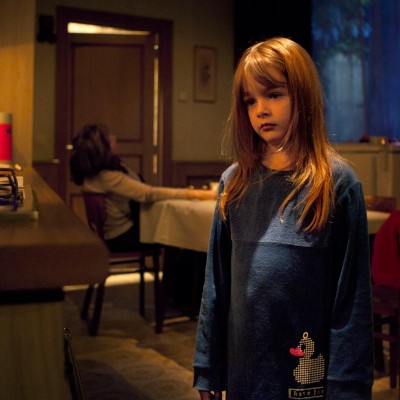 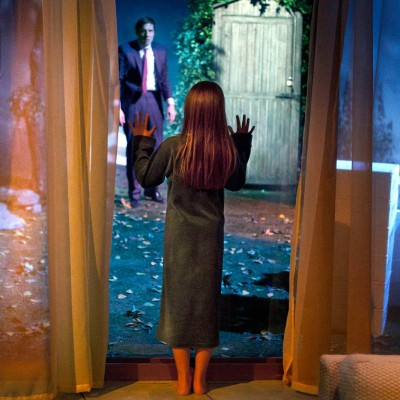 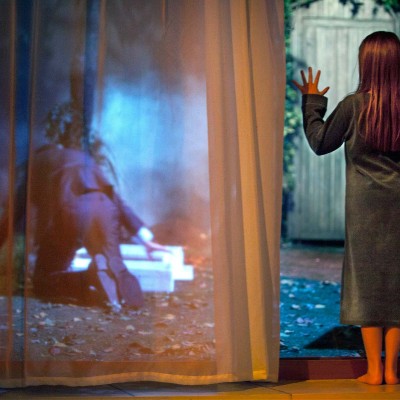 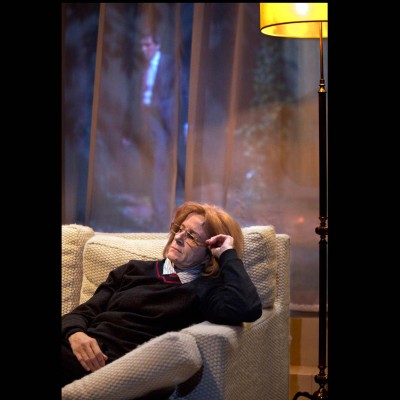 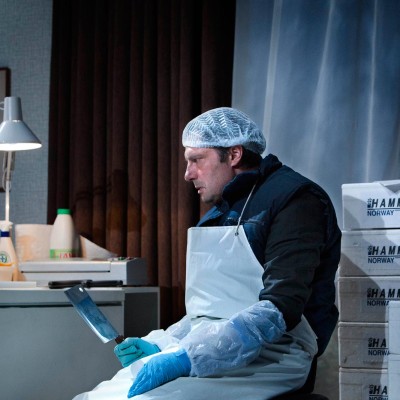