In 2013, while UTOPIA is created in a theatre and Anne-Cécile Vandalem completes the first conception phase of DYSTOPIA project, an
unexpected event occurs, the ground rises, the walls tear apart and DYSTOPIA project collapses.

The sudden disappearance of DYSTOPIA leaves a void for which the artist works to find meaning.
Quickly one hypothesis seizes her : what if this void is the result of the tabula rasa treated in UTOPIA? Has the fiction joined the reality,
exceeding it with grandiose?

And Anne-Cécile is pushing further the hypothesis: what if the disappearance of DYSTOPIA and the effectiveness of the tabula rasa were the proof of dystopia’s realisation?

Anne-Cécile Vandalem will entrust the story’s elements in the analysis of several specialists in their fields (medium, sports analyst, engineer
astronomer, commercial engineer, lawyer, police officer, linguistic reviser) so that they put to the test her hypothesis: the incarnation of her subject in the reality and the completion of dystopia.

In the manner of Don Quixote by Orson Welles and Terry Gilliam, of Clouzot’s Inferno or more contemporary of Virus by Lars Von Trier, Looking for DYSTOPIA places the artist in the context of
powerlessness over the future of her creation : facing the undeniable autonomy of any artistic work and the inability to predict how it will
incarnate.

Based on the principle of self-fiction, the artist turns the contingencies attached to reality to reconfigure the story of an unfinished work and to
leverage its potential endings with malice.
Let’s recall that this process occurs just after the Trilogy of parenthesis, whose role is to circumscribe, in three shows, how people resort to
fiction to transcend reality.

A process that if one wanted to believe it was not premeditated ends in a final twist.

Creation  May 2014
With the support of Fédération Wallonie- Bruxelles 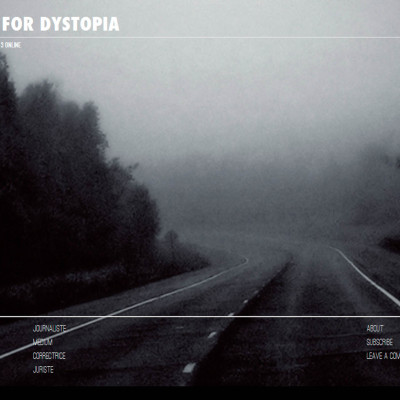 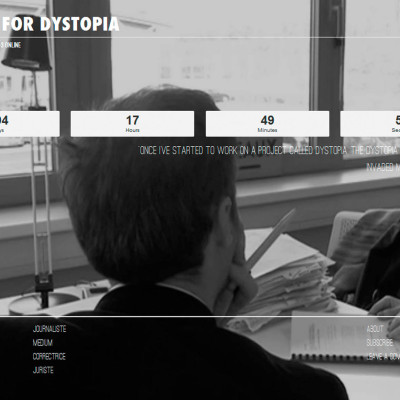 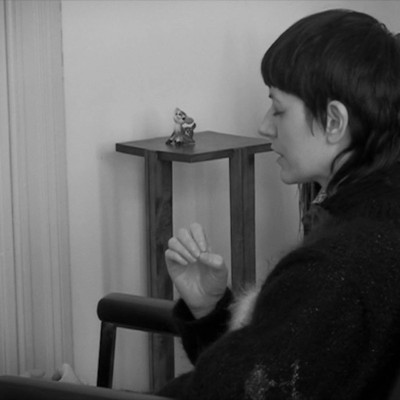