Reinventing the opposite of the world

Held prisoner in the basement of her home for twenty-six years, a young girl tells the tale of her imprisonment, the story of an escape.

Michel Dupont is a fable told through sound. In a room that’s plunged in darkness, the audience is invited to sit down on a cushion, inside a circle marked out by eight walls, opposite a miniature house enthroned in the middle. The room is slowly plunged into complete darkness, and the audience is taken right to the heart of the story. Combining the heritage of the folk tale and the testimonies of contemporary news stories, the play develops a theme that is dear to the author’s heart from a new perspective: the absolutely essential, vital strength of the imagination in a situation of prohibition and imprisonment.

And so we are invited into captivating sensory world, where each individual’s imagination will take its place at a crossroads: a physical, visual, sonorous, collective and intimate experience. Carved on to a tale told on- and off-stage, offering different levels of narration and an array of sound textures, under lighting that oscillates between dreaming and wakefulness, Michel Dupont guides us and loses us at the heart of a kingdom in which we must find meaning.

“No, black is not black. In a matter of minutes, the eyes get used to the dark, notices shadows, nuances, and the other senses sharpen. Like your hearing, which changes your perception of the tale. There are many people who, at 11 o’clock, come to experience “Michel Dupont, réinventer le contraire du monde”, her new work, performed at La Manufacture, the hub of Avignon’s Off festival. And word of mouth – inevitably – works wonders. Every day, there are a few more people who come and lie down in the dark, in a circle, around the tower, and let themselves be captivated by a story told through sound. (…) Here again, with finesse and relevance “Michel Dupont” explores the themes that are so dear to the author: imprisonment and the vital force of the imagination in this type of situation. Here is a tale told by the Das Fräulein company, which could have been called “I, Michel Dupont, resilient.” And it haunts us.“ 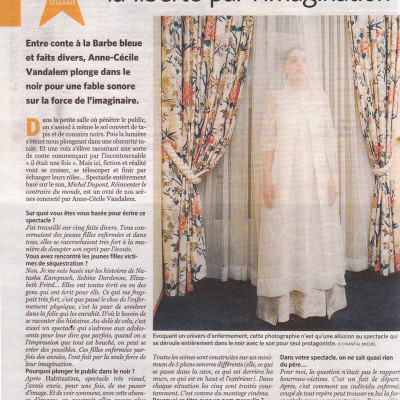 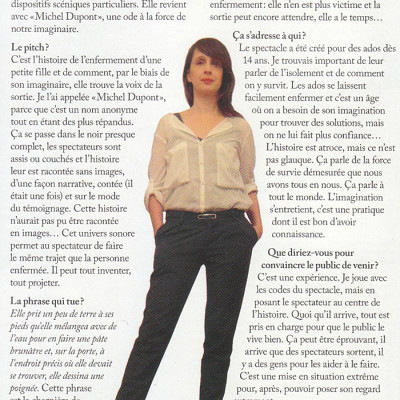 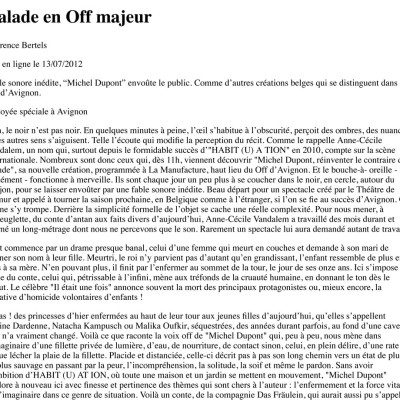 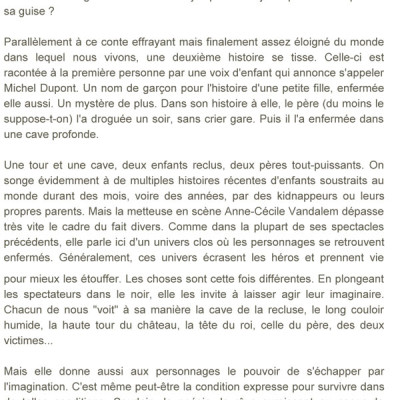 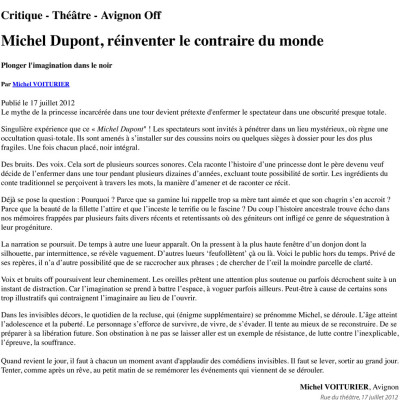